Link to the song about Colorado beatles, often sung in Uzhupis by Vytautas Kernagis https://www.youtube.com/watch?v=GDLmyqENH3U

Maro Vargas llosa, in the end of his novel “La ciudad y los perros” (1963/1966) described one of the districts of Lima, Miraflores, which have some resemblance to Uzhupis in the process of gentrification.

Another interesting novella, taking place in Lima, is “The Bridge of St.Louis Rey” of Thornton Wilder. There, a catastrophic feeling and the bridge itself also reminds one of Uzhupis with its’ mythology of 9 bridges and the poetics of Ruins and unexpexted death (against which St.Christopher, patron of Vilnius, protects us) – T.Cz. 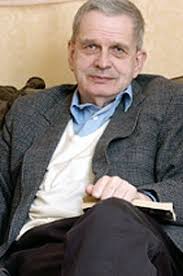 they travel around the world sharing seeds of plants.

Inaugurated in winter 2008 in Sibiu (Romania). Reside in Oregon (USA).

Eduardo Jimenez or Gimenez is a Vilnius-based singer, musician, tango and salsa teacher, who played in Uzhupis numerous times, led a Tango dancing school in the Republic.